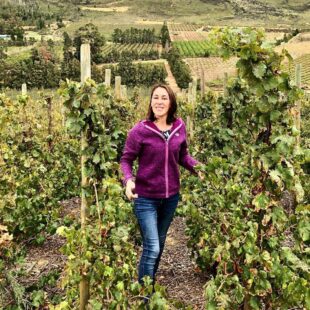 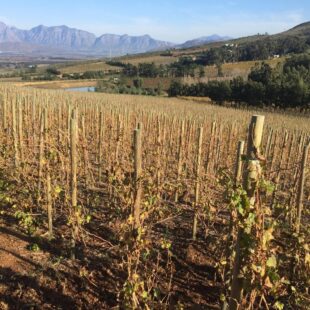 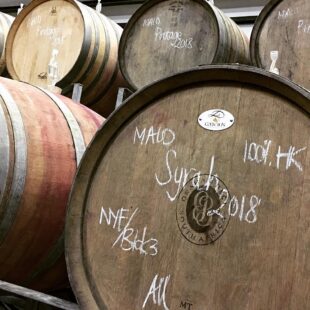 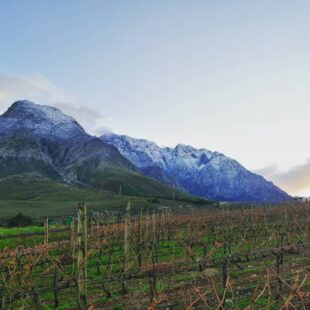 The Olifantsberg family vineyards and winery is are located on the rocky slopes of Olifantsberg mountain, overlooking the Breedekloof valley. It was acquired by Dutch couple Paul and Corine Leeuwerik in the early 2000s.

The vineyards endure substantial diurnal temperature swings and strong winds at altitudes ranging from 250m to 450m above sea level. During winter, the mountain peaks are covered in snow, keeping the vines dormant for longer and in summer the constant winds have a cooling effect on the vines. This helps to ensure slow ripening of the grapes.

The focus is on sustainable farming and winemaking practices, resulting in limited intervention in both the vineyard and cellar.

The vineyards grow within shale, schist and sandstone-based soils with an underlying clay layer. These are ancient soils and the different rock layers exist because of millions of years of metamorphoses & weathering of the clay, sand & rock particles. The vineyards are also surrounded by Breede Shale Renosterveld vegetation and help create a natural biodiversity within and around our vineyards.

Elizma Visser known as the soil maestro in the Breedekloof has been the winemaker and viticulturist at Olifantsberg Family Vineyards since 2015. At Olifantsberg Elizma’s focus is on creating premium wines from her high-density vineyards. Using sustainable methods such as expert pruning, solar power and underground water measuring probes, Olifantsberg is actively farming for the future. Prior to working in the Breedekloof, Elizma gained harvest experience in France, Italy, Stellenbosch and Wolseley with a particular focus on organic and biodynamic winemaking practices.